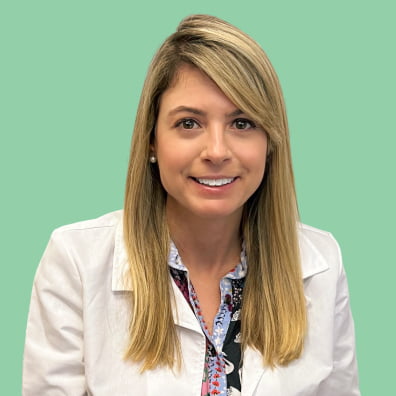 Dr. Courtney Dryer earned her doctorate from Southern College of Optometry, Memphis, Tennessee in 2011. She opened her own practice Autarchic Spec Shop in 2013 in Charlotte, NC. She has had the privilege of writing for numerous optometric publications and serving in various industry capacities. In 2015, Vision Monday named her a rising star and one of the most influential women in optometry. Her optometric passions include practice management, specialty contact lenses, and dry eye management.

What Is Choroidal Neovascularization?

Choroidal neovascularization (CNV) is the condition characterized by the growth of new, abnormal blood vessels from the choroid layer of the retina, through  Bruch’s membrane, and into the subretinal space (the space between the choroid and retina). These new blood vessels do not function properly, damage the retina and result in vision loss or blindness. In older adults, an advanced or wet form of macular degeneration indicates choroidal neovascularization. In younger individuals, the condition may occur in the lacquer cracks which are degenerative breaks in the retina associated with high myopia (nearsightedness). 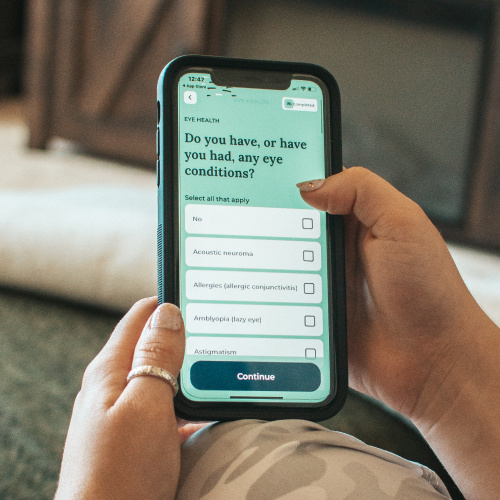 In patients with  age-related macular degeneration (AMD), significant amounts of vascular endothelial growth factor (VEGF) is produced by retinal pigment epithelial cells, neurons, glial cells, endothelial cells, ganglion cells, Müller cells, and smooth muscle cells in the posterior part of the eye. VEGF  stimulates the growth of new abnormal, leaky blood  vessels that  allow fluid to enter the retina. The fluid can disrupt vision by causing swelling in the otherwise flat-shaped retina. Over time, this swelling will damage the photoreceptors, the light-sensing cells in the retina, resulting in vision loss.

The symptoms of choroidal neovascularization may include

Choroidal neovascularization (CNV) is multifactorial and occurs due to the alterations in Bruch’s membrane, mitigation of macrophages, and secretion of vascular endothelial growth factor (VEGF), which has a critical role in the onset of the disease. CNV can develop in various conditions such as myopic degeneration, chronic central serous chorioretinopathy, macular telangiectasia type 2, various white dot syndromes, uveitic processes, and a few choroidal tumors. Visual acuity is affected by hemorrhages and  fluid leakage resulting in retinal edema.

Despite much research, the pathogenesis of choroidal neovascularization is still poorly understood.

In age-related macular degeneration, the normal transport of metabolites, ions, and water molecules is altered through the Bruch’s membrane, which alters the stability and nutrition supply of the retinal pigment epithelium (RPE) and transport of waste out of the inner layers of the retina.

Hypoxia (decreased oxygen supply) results in the release of vascular endothelial growth factor (VEGF) by the RPE, which initiates a cascade of angiogenic responses at the level of the choroidal endothelium and results in abnormal blood vessel growth. The damage to Bruch’s membrane is needed to allow the passage of abnormal vasculature from the choroid through the breaks in the membrane to the retina.

On a dilated exam, choroidal neovascularization (CNV) can appear as grayish macular lesions associated with the subretinal fluid, cystoid macular edema, hemorrhages, and exudation. Optical Coherence Tomography (OCT) is used to obtain a cross-section view of the retina to confirm the diagnosis. An OCT is able to detect even small amounts of fluid present in the retina due to CNV.

In addition to OCT, fluorescein angiography (FA) utilizes injected dye and retinal imaging  to gain more data about the condition. The doctor is able to view the dye diffusing through retinal vasculature and identify aberrant vessels and fluid leakage.

Since vascular endothelial growth factor (VEGF) is part of the pathogenesis of choroidal neovascularization, several treatments have been developed to block VEGF. Anti-VEGF treatments including aflibercept (EyeleaTM), bevacizumab (Avastin) and ranibizumab (LucentisTM) are used to treat choroidal neovascularization. An ophthalmologist will perform a series of injections into the back of the eye to stop the growth of new blood vessels.

is a colorless, gelatinous material that fills the back of the eye

is any condition that damages the macula

is an area of thinned or degenerated tissue around the optic nerve, which connects the eye to the brain

is the medical term for a corneal transplant surgery

10 Ways to Protect Your Eyes in Winter

Protect your eyes in winter from the cold, dry air outdoors and the heated, dry air indoors.

How Far Can The Human Eye See

How far the human eye can see depends on the brightness of the object, unobstructed view and the components of the eye. 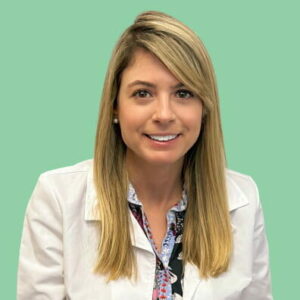